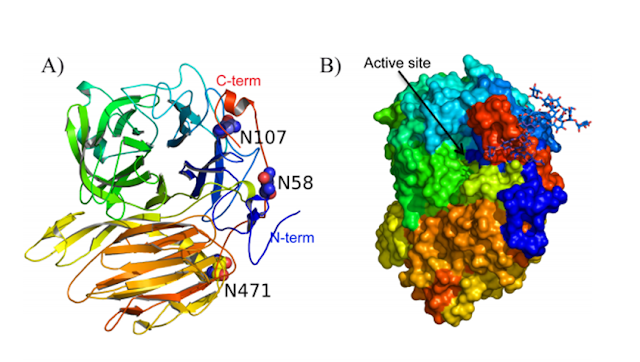 Xanthophyllomyces dendrorhous β-fructofuranosidase (XdINV) is a highly glycosylated dimeric enzyme that hydrolyzes sucrose and releases fructose from various fructooligosaccharides (FOS) and fructans. It also catalyzes the synthesis of FOS, prebiotics that stimulate the growth of beneficial bacteria in human gut. In contrast to most fructosylating enzymes, XdINV produces neo-FOS, which makes it an interesting biotechnology target. We have just reported its three-dimensional structure, which shows the expected bimodular arrangement but, also, a long extension of its C-terminus that together with a N-linked glycan mediate the formation of an unusual dimer. This arrangement could be representative of a group of GH32 yeast enzymes having the traits observed in XdINV. The role of relevant residues has been investigated by mutagenesis and kinetics measurements and a model for the transfructosylating reaction has been proposed. The plasticity of its active site makes XdINV a valuable and flexible biocatalyst to produce novel bioconjugates. 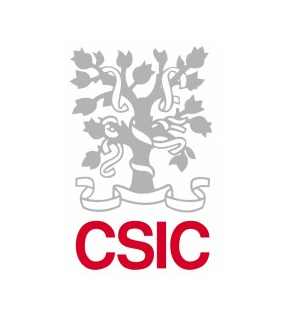 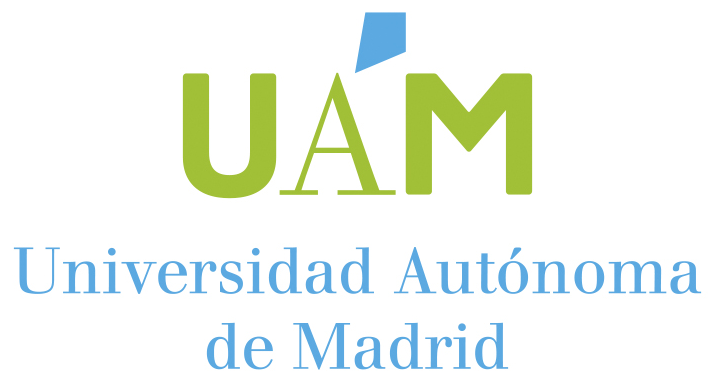 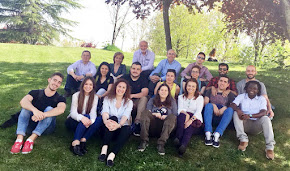 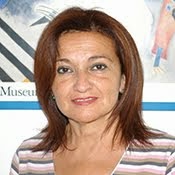 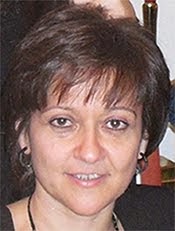 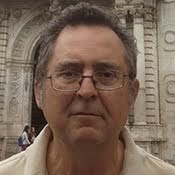 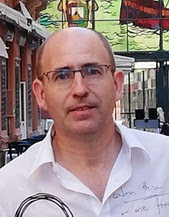